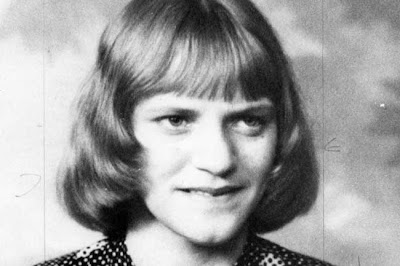 Personal Details Last seen: January 28, 1978 Employment: Age: 22 Year of birth: 1956 Height: Build: Eyes: Hair: Fair Complexion: Fair Gender: Female Distinguishing Feature: Circumstances: Marie Laenen, 22, died of fright as an attacker choked her after she disappeared from the Sunnybank Hotel on January 28, 1978, where she had been selling raffle tickets. She was not assaulted sexually, and police advanced no motive for the attack.
Posted by James Brian at 1:16 AM No comments: