KAREN DAVIS - The Courier
THE FAMILY of murdered Ballarat woman Tracey Howard has been given fresh hope that new information on the case will emerge with the release of a photograph of the last time Ms Howard was seen alive.
Published in The Courier on Saturday, the photograph was taken from security video footage from Cheers nightclub in Lydiard St Sth on the night Ms Howard disappeared in November 1998.

Ms Howard's older sister Janiece Vanrooy spoke to The Courier yesterday from Brisbane, and said she hoped the photograph and the story would jog someone's memory of November 22 and provide some of the vital missing pieces in the four-year-old case.

It is the first time Ms Vanrooy has spoken to the media about her sister's death.

"We hope every day something jogs someone's memory. Someone can't do this and get away with it," she said.

"It's not hard to stay hopeful. There have to be details out there that someone must know."

Ms Vanrooy said it was good to see that her sister's case had not been forgotten.

She praised Victoria Police for offering the $100,000 reward for information on Ms Howard's murder.

Police said while there had not yet been a response to the photograph, it often took days for people to come forward to Crimestoppers.

"I think it's good people still think about it; the pressure has to be put on," Ms Vanrooy said.

"Someone has to come forward. Maybe this article and the reward will help someone to step forward, even if they are scared, or it will get the person who is living with doing this to crack."

Ms Vanrooy spoke frankly about the effect losing Ms Howard had on her family.

She said the family had no choice but to wait and hope someone with information came forward and helped to solve the case and give them closure.

"It's affected our lives totally. It's still as fresh for us as the day it happened," she said.

"You learn to deal with the grief, but even four years later it's like yesterday and I don't know if that will ever change."

Anyone with information on the case should call Crimestoppers on 1800 333 000.
Posted by James Brian at 3:21 AM No comments: 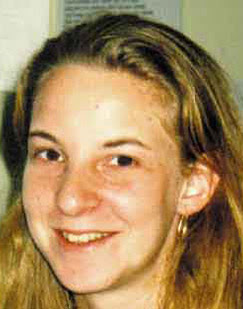 
Circumstances: Lisa Brown has been missing since 12.30am on the 10th November 1998 from the Palmerston Street, Perth City area. When last seen she was wearing casual blue denim jeans, black T-shirt, black high heeled boots. There are fears for her safety and welfare.
Posted by James Brian at 8:29 AM 3 comments:

15:03 AEST Sun Nov 28 2010 - Nine MSN
A young mum who went missing from her NSW home 12 years ago had inherited a substantial amount of money and her suspicious disappearance may be drug-related, police fear.
Police have reopened the case of 19-year-old Belinda Peisley who was last seen at her Trow Avenue home in Katoomba, west of Sydney, on September 26, 1998.
Ms Peisley had two young sons - aged three and one - at the time.
"Despite significant inquiries, no trace of Belinda has ever emerged, although police are convinced she met with foul play," police said in a statement on Sunday.
"Two years before her disappearance, Belinda inherited a substantial amount of money and was able to buy her Trow Ave home outright.
"Police investigations revealed she had begun associating with a number of people involved with illicit drugs in the months before she vanished and have not ruled out Belinda's disappearance may have been drug related.
"Despite significant inquiries, no trace of Belinda has ever emerged, although police are convinced she met with foul play."
On Sunday, Ms Peisley's father Mark Werne appealed for help to find out what happened to his daughter.
"Belinda was only just beginning her life and had two beautiful sons who she loved," Mr Werne said.
"Of course, we would like to hold out some hope but deep down the family has accepted that Belinda is gone.
"But until we know for sure, this will continue to haunt her sons and the rest of my family.
"It is an unimaginably cruel situation for my grandsons who never really got to know their mum.
"For their sake, I would ask anyone who knows what happened to Belinda to contact police and give this family a chance to lay things to rest and have some peace."
Blue Mountains police local area commander Acting Superintendent Mick Bostock said a female witness - who was one of the last people to see Belinda - returned to the Katoomba house with detectives on Friday (November 26) to explain what she saw in the hope of triggering new leads in the investigation.
"New witnesses have come forward in recent weeks with fresh information about her last months and we are slowly fitting together a number of pieces to this puzzle," he said in the statement.
"A 37-year-old woman who saw Belinda shortly before she vanished recalls attending the Trow Avenue home and finding it ransacked.
"It is likely Belinda was the victim of a drug-related incident and we are pursuing a number of fresh leads that will, hopefully, shed some light on her fate."
Posted by James Brian at 11:54 PM No comments:


Circumstances: Quanne was last seen by her father at 7.00am on 27 July 1998. Quanne left her Granville home to attend school. She intended to catch a train from Clyde to Strathfield. Quanne did not arrive at school and has not been seen since this time. There are grave concerns for her welfare.


___________________________________
﻿
Office of the Minister for Police
SYDNEY, 3 February 1999.
MISSING CHILD – SUSPECTED ABDUCTION
TWO HUNDRED THOUSAND DOLLARS ($200,000)
REWARD
ON the 27 July 1998, Quanne DIEC, aged 12 years, left her home at Seventh Street, Granville to walk to the Clyde Railway Station to travel to the Strathfield Girls High School.
Miss DIEC did not arrive at school and there have been no confi rmed sightings of her since leaving home on the 27 July 1998. Grave fears are held for the child’s safety. Notice is hereby given that a reward of up to two hundred thousand dollars ($200,000) will be paid by the Government of New South Wales for information leading to the location of Quanne DIEC or the arrest and conviction of any person or persons who may have been responsible for the commission of any serious indictable offence relating to her disappearance.
The reward offer of $100,000 made on the 13 August 1998 is hereby withdrawn and replaced by this offer. The allocation of this reward will be at the sole discretion of the Commissioner of Police.
The urgent assistance and co-operation of the public is especially sought in the matter. Any information, which will be treated as confi dential, may be given at any time of the day or night at any Police Station or by telephone -
Police Headquarters telephone (02) 9281 0000, or
Crime Stoppers on 1800 333 000
PAUL WHELAN, LL.B, M.P.,
Minister for Police
___________________________________
Posted by James Brian at 11:51 PM No comments: 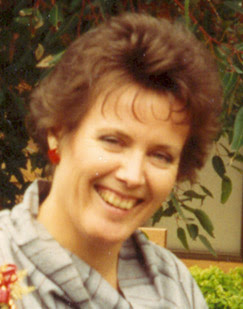 
Circumstances: Christine Redford was last seen at her home address - a unit at Kensington Gardens on 30 June 1998. Enquiries reveal that she left her handbag, which contained her purse, and other personal belongings at her unit. There are no clues to her disappearance and no apparent motivation for her to leave and start another life.
Posted by James Brian at 5:43 PM No comments: 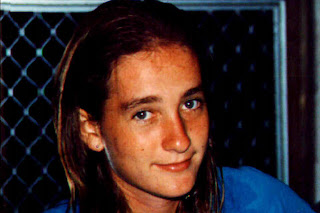 Circumstances: Bowen schoolgirl Rachel Antonio, 16, was dropped off by her mother at a cinema on Anzac Day, 1998, and never came home. She was was last seen sitting alone on a beach 500m away. Her body has never been found.
Posted by James Brian at 1:18 AM 1 comment: