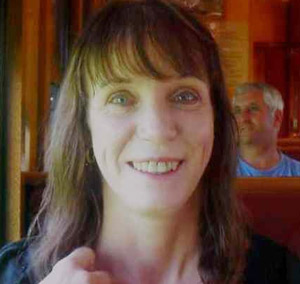 Northern Territory Police are almost ready to close their investigation into the disappearance of Darwin woman Karen Kelly, after concluding her death was an accident.

The 46-year-old mother of three went missing last year and police treated the case as a possible homicide.

But last month they found her body in her car, which was submerged in the Darwin River not far from her home.

Detective Sergeant Tony Henry says the conditions would have been bad on the night Ms Kelly tried to drive across the bridge.

"The crossing on that particular day, the 18th of April, 2010, the river was probably at a point where a car similar to what Karen was driving would be unlikely to make that crossing."

"We believe, ultimately, the cause of death will be determined by the Coroner," he said.

But police believe the car was swept off the crossing on Lenino Road, he says.

A lot can change in a year.
Since Karen Margaret Kelly, 46, disappeared in the Northern Territory 12 months ago, one of her three children has started planning their wedding and her second grandchild, her namesake, has been born.
NT Police on Tuesday revealed they were now treating her disappearance from Darwin River, about 70km south of Darwin, on April 18 last year as a homicide.
"There is nothing to suggest she is working, utilising or accessing her bank accounts ... life insurance or trust accounts," Detective Sergeant Sonia Kennon told reporters on Friday.
She said Mrs Kelly would never leave without making contact with her family.
"There has been no activity on her phone.
"She has always been really close to her children and I have no doubt in my mind that if she was able to, she would contact her children."
Mrs Kelly's husband, Darren Kelly, said it was hard not knowing what had happened to her.
"It's getting harder every day to believe that something bad hasn't happened to Karen," he said.
Det Sgt Kennon said there was nothing to indicate anyone may have wanted to harm Mrs Kelly, adding that she believed it may have been a crime of opportunity.
"She had made forward appointments for after (the day she went missing), so there is nothing to suggest she would commit suicide.
"Normally when you think about missing people, their vehicles are normally located.
"We have had no sightings of her vehicle since the time of her disappearance."
Police are hoping someone may have information about the whereabouts of Mrs Kelly's green 2001 Toyota Corolla hatchback, and its distinctive NT registration plate: 700.
"Her vehicle has been locked down completely nationally and anyone trying to re-register her vehicle, or if there's any action on the serial numbers contained in her vehicle - police will hopefully be notified."
Mrs Kelly failed to arrive at a friend's house after telephoning her to say she was on her way.
"We have done extensive investigations, speaking to quite a number of people, and we still have not located Karen Kelly or identified what may have happened to her after she left her residence," Det Sgt Kennon said.
Police have, during the past year, conducted aerial, river and foot searches of the local and surrounding areas.
Despite a number of anonymous calls so far proving to be false leads, Det Sgt Kennon said she remained positive the matter would be solved.
"We need public support to find her.
"Please come forward if you have information - don't wait for police to come to you!
"Anything you have to offer could give us vital pieces of information to put the jigsaw pieces together."
Mrs Kelly, whose maiden name is Brook, is of slim build and about 171cm tall.
At the time of her disappearance, she had shoulder length dark brown hair and was last seen wearing a black denim skirt and a white top with a floral motif.
© 2011 AAP
Husband pleads for help to find wife
___________________________________
THE husband of a woman who went missing about seven weeks ago said he has had sleepless nights since the sudden disappearance.


Darren Kelly's voice was shaking as he spoke to reporters at the police headquarters in Darwin yesterday in a bid to find his wife of three years - Karen Margaret Kelly.
The 45-year-old Darwin River man was sitting next to his step sons Jamie Brook, 17, and Adrian Brook, 19.
But the boys remained silent throughout the press conference.
Mr Kelly said the family was "extremely worried" about the woman's safety.
"It's pretty hard getting up in the middle of the night, every couple of hours, just to see if her car is pulled back in the yard," he said.
Mrs Kelly, 46, who worked at the Territory Insurance Office in Darwin's CBD, was reported missing on April 18.
The mother-of-three had phoned a friend about 1.45pm to say she was on her way to her house on Leonino Rd, in Darwin River.
She was last seen leaving her home on Mira Rd in a green Toyota Corolla hatchback.
"It's quite a shock that she didn't turn up at the party that she was meant to go to," Mr Kelly said.
Mrs Kelly's bank account and phone have not been used since she disappeared and the car she was driving is yet to be found.
The woman's family said she had no enemies, no stress at work and she didn't take any medication.
Police initially thought Mrs Kelly decided to visit her daughter in Victoria. But she never showed up.
The Major Crime Unit has now taken over the search for the missing woman.
Detective sergeant Sonia Kennon said all leads had run dry and help from the public was desperately needed.
Mrs Kelly is described as Caucasian, slim, about 171cm tall with shoulder-length dark brown hair and green eyes.
She was last seen wearing a black denim mini-skirt and a white top with a floral motif.
Her 2001 Toyota has the distinctive NT registration plate "700".
Anyone with information is urged to phone police on 131 444 or Crime Stoppers on 1800 333 000.
Posted by James Brian at 5:45 PM 1 comment: