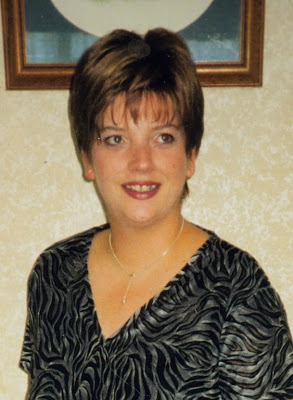 Personal Details
Date of Death: 25th January 2000
Age: 24
Status: UNSOLVED COLD CASE
Debbie's life was taken at the young age of 24yrs, she had her whole life ahead of her. Her charred remains were found in the front seat of a burnt out white Ford Laser vehicle registration KA6594 at a shopping centre in Dance Drive, Middle Swan at approximately 12.26am. 25 January 2000. Various questions remain unanswered about the death of Debbie and her movements on the day of  her death.


Further Information:: Debbie had been out from England approximately 6 months and was staying with her father and his partner in Perths northern suburb of Woodvale. Debbie was studying to become a chef at the Australian School of Tourism and Hospitality and had plans of opening her own restaurant one day.

Debbie loved animals and told her father on the morning of 24th January 2000 her plans were to go to Perth Zoo that day. Her first stop 9.40am was at the ATM machine at the intersection of Trappers and Timberlane Drive, Woodvale to withdraw some money. Her movements from there until the discovery of her charred remains at 12.26am remained unknown.

Police baffled by her death at the time, trying to piece together the final movements of Debbie to determine whether it was murder, suicide or accident. Midland Senior Detective Rick Weskin said “they were treating the death as suspicious and said it hasn't been downgraded to an accidental or suicide-type death and it certainly hasn't been upgraded to a homicide investigation at this stage.”

Detectives were not able to establish whether she had travelled to South Perth. Police initially interviewed people and set up mobile police facility vans at the Woodvale and Middle Swan shopping centres, posters of Debbie were placed in various locations.

A few months later new forensic evidence revealed the white Ford Laser with registration KA6594 she had borrowed from a family friend had travelled to Geraldton and back on the day that her charred remains were found. Police did country runs to Geraldton and back stopping at all the roadhouses along Brand Highway to Geraldton then taking a different route travelled back to Perth along Brand Highway/Great Northern Highway to see if anyone had sighted Debbie on that day.

With so many unanswered questions relting to Deborahs movements on the day and the distance that the vehicle she was driving had traveled it is difficult to see this death as anything other than murder.

Almost 2 years after Deborah's death her mother Maureen Morris passed away. The battle to find out what happen to Deborah was passed to Katie, her aunt and Maureen's sister. Katie opperates a myspace site http://www.myspace.com/deborahmichelleanderson

A Clarkson woman desperate to solve the mysterious death of her niece, who was found burnt in a car 11 years ago, has called on a British psychic.
Kathleen Cox said the inquiry into Deborah Michelle Anderson's death was "gathering dust" so she turned to Diane Lazarus as her "private investigator".
The 24-year-old's remains were found by firefighters when they attended a blazing Ford Laser at Middle Swan shopping centre about 12.20am on January 25, 2000.
Ms Anderson, a student chef, came from England to live with her father in mid-1999. She had borrowed the car from her father's partner almost 15 hours earlier to go to Perth Zoo. Mrs Cox believes her niece was murdered, although police said they could not rule out an accident, perhaps that Ms Anderson fell asleep in the car while smoking. Police were unable to work out what Ms Anderson had done between leaving Woodvale and being found in Middle Swan. Forensics had shown that the car went to Geraldton and back that day, although Ms Anderson had no links to the town.
Ms Anderson's mother, Maureen Morris, died in England in 2003 and her sister, Mrs Cox, promised not to rest until she found out what happened. Mrs Cox conceded some people had had awful experiences with charlatan psychics but she believed Ms Lazarus was gifted. Ms Lazarus admitted she did not always find the answers. "If it brings lights on, in the sense it gets publicity for that person so the police reinvestigate, that's good enough," she said.
Mrs Cox urged anyone with any information to come forward.
Posted by James Brian at 12:26 AM No comments: