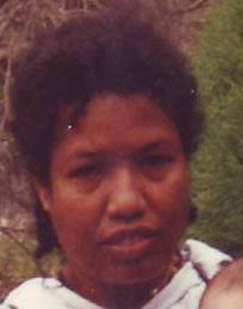 Personal Details Last seen: Sunday, 1 December 1996 Year of birth: 1957 Height: 155cm Build: Medium Eyes: Brown Hair: Black Complexion: Dark Gender: Female Distinguishing Feature: Circumstances: Kaia was last seen December 1996 in Annerley, Brisbane by family. Kaia was born in Papua New Guinea and is suspected to have returned to unknown location in PNG. She has not contact family in Australia or PNG since this time.
Posted by James Brian at 11:51 PM No comments: 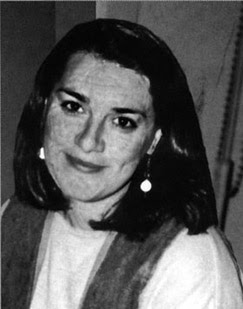 Personal Details
Last seen: Monday, 19 August 1996
Year of birth: 1963
Height: 160cm
Build: Medium
Eyes: Brown
Hair: Brown
Complexion:
Gender: Female
Distinguishing Feature:
Circumstances: Marcia left her home in VIC in a tan Mitsubishi Sigma sedan Reg No. DUP002 to travel to QLD to visit her parents. She had a black and white Heeler/Border-Collie Cross. The car was found abandoned on the Princes Highway near Moe. Marcia’s wallet was found further along the highway. Marcia was last seen on 19 August 1996 in a distressed state by a truck driver but declined a lift and kept walking along the highway. She has not been seen since.
Posted by James Brian at 12:19 AM 2 comments: 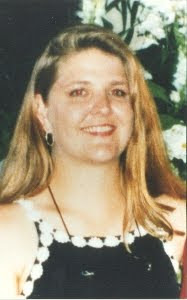 Personal Details At time of disappearance: On Sunday the 9th of June 1996 at about 12.05 AM Employment: Childcare Worker Age: Date / Year of birth: Height: Build: Medium Eyes: Blue Hair: Fair Complexion: Fair Gender: Female Distinguishing Feature: Alias: N/A Circumstances of Disappearance: Some time between 8.00 pm and 8:30 pm on Saturday the 8th of June, 1996, Jane Rimmer attended the Ocean Beach Hotel in Cottesloe. This is the same hotel that Sarah Spiers was drinking in on the night she disappeared. At that location, Jane met up with some friends. They stayed there for about an hour , before Jane and her friends caught a taxi to the Continental Hotel in Claremont arriving at about 9:30 pm. Jane and her friends stayed at the Continental Hotel until they left just after 11:30 pm, to go to Club Bay View. This is the same nightclub that Sarah Spiers was socialising at shortly before she went missing. Jane and her friends didn't enter the nightclub, instead they decided to catch a cab to a friend's place where they would continue to party. As they got to the taxi rank near the Continental Hotel, Jane informed her friends that she didn't want to go home and without any more explanation, she walked off back to the Continental. Her friends jumped in a cab and pulled up outside the Continental and yelled over to Jane who was standing outside to join them but she declined. At about midnight, Jane is sighted on security camera footage outside the Continental. At about a minute past midnight, a male person is seen to approach Jane and there is a brief interaction between the two before the security camera recording changes views to another part of the hotel. When the recording returns to Jane, about 28 seconds later, this man is no longer in view. This person has been named the 'mystery man'. Despite extensive inquiries police have been unable to identify this person. Approximately 700 people were shown the footage or still photographs of the male. Jane remained outside the Continental Hotel for another 2½ minutes. At about 4 minutes past midnight , the security footage changes view and when it returns to where Jane was standing she is no longer in view. Police have several possible sightings of Jane in the immediate vicinity but nothing is confirmed. 55 days later on the 3rd of August ,1996, Jane's body was discovered in Wellard, about 40 kilometres south of the Perth CBD. If you are the 'Mystery Man' or if you know the identity of the 'Mystery Man', Please contact Crime Stoppers on 1800 333 000, where all calls are striclty confidential and rewards are offered.
Posted by James Brian at 12:05 AM 2 comments: 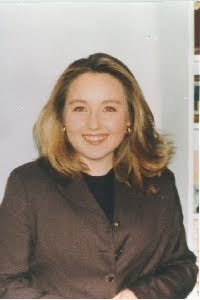 Personal Details At time of disappearance: At about 1:30 AM Saturday 27 January 1996 Employment: Age: Date / Year of birth: Height: Build: Eyes: Green Hair: Blonde Complexion: Fair Gender: Female Distinguishing Feature: Alias: N/A Circumstances of Disappearance: During the evening of Friday the 26th of January, 1996 (Public holiday) Sarah attended the Ocean Beach Hotel (OBH) with friends. Sarah remained at this location for the next few hours. At around midnight, Sarah and some of her friends were collected from the OBH by Sarah's sister Amanda as per prior arrangement. Amanda drove Sarah and her friends to Claremont, where they attended Club Bay View nightclub. At 1:30 am Sarah told her friends she was leaving and said she was going to catch a taxi. As she was leaving she stopped and spoke to a couple of security guards that were present at the club, one of them Sarah knew quite well and they chatted for several minutes. Sarah left the club and what we know to happen next is that at 2:06 am Sarah telephoned Swan Taxis from a phone box on Stirling Road near the intersection of Stirling Highway. Sarah requested a taxi collect her from that location and take her to Mosman Park. After the phone call it is believed Sarah crossed the road and waited at the intersection of Stirling Road and Stirling Highway for the taxi to arrive. Three young men drove down Stirling Road and stopped at the intersection at the red light. One of the men took notice of a woman who was leaning against a bollard outside BC The Body Club. It is suspected this is Sarah due to the similarities of her description. He also noticed that another car was travelling down the road behind them towards the intersection. The traffic control lights turned green and they moved off turning right on Stirling Highway heading towards Fremantle. As they drove off down the highway, the man noticed the car he had seen travelling behind them hadn't entered the intersection, in fact it hadn't made it to the intersection. He was a little concerned by this and mentioned it to his friends, suggesting they should go back and check on the girl (Sarah) but they agreed it was probably an overreaction, that she would be fine. At about 9 minutes past 2, three minutes after Sarah called Swan Taxis, the cab that had accepted the job to collect Sarah pulled up at the intersection of Stirling Highway and Stirling Road. The driver looked up the street to the telephone box and did not see any person, he didn't see any one in the street at all. Since that time Sarah has not been seen. Sarah was reported missing to the South Perth Police Station on the Monday morning after she had failed to attend a family gathering on the Sunday afternoon and failed to attend her work on that Monday.
Posted by James Brian at 2:09 AM No comments: